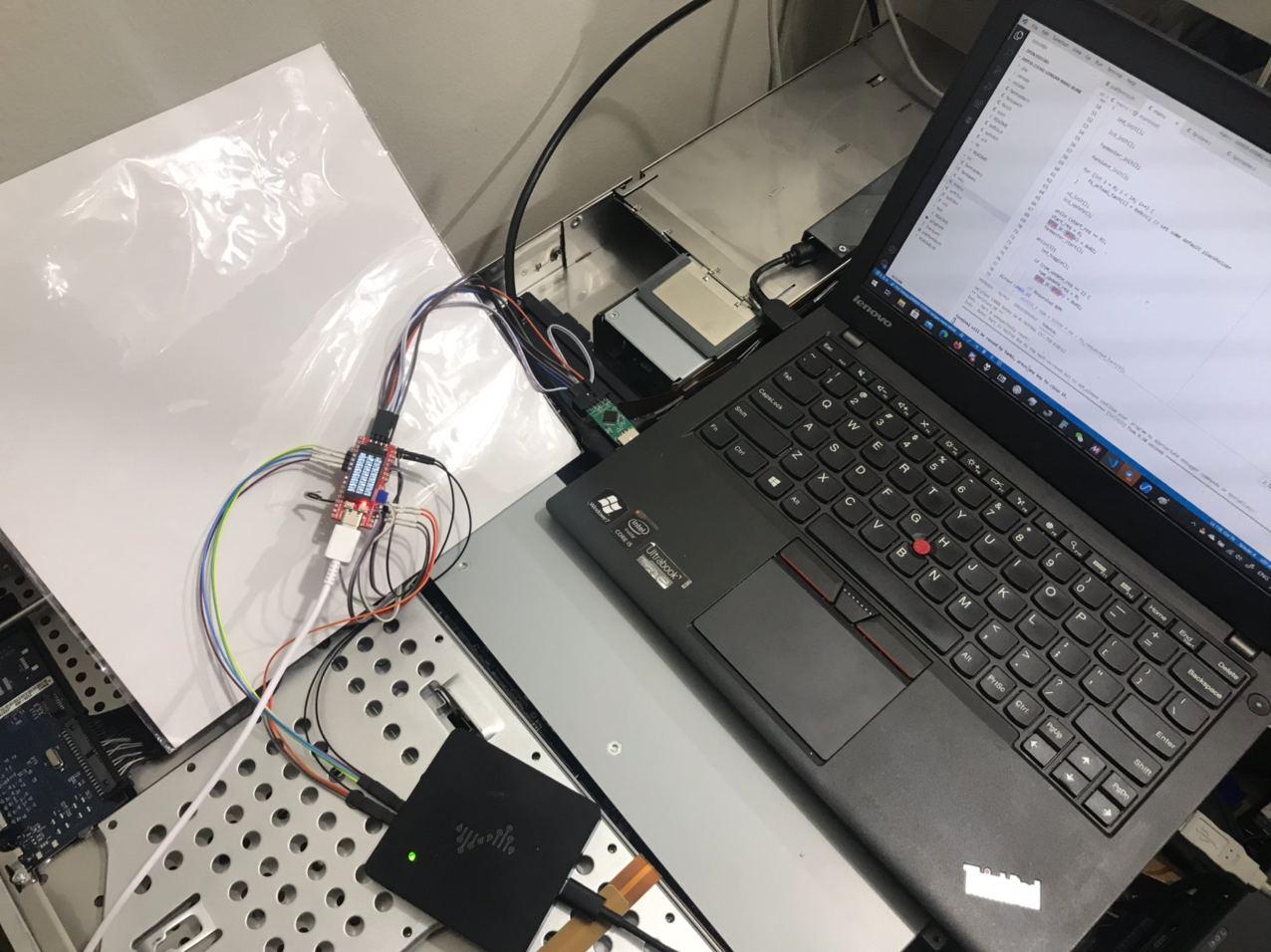 Xserve is Apple's long-discontinued line of servers, powered by the Mac OS X Server operating system. After Xserve was discontinued, OS X Server slowly became just an app. In 2019 Apple introduced a new rackmount Mac Pro, which can also be used as a rackmount server. But the price is not something I can justify spending for fun. The other thing is that with ARM Mac releases coming soon, the x86-64 based Mac Pro will be obsolete in few years. It may not make sense to spend a lot of money on a Mac Pro at this point in time. On the other hand, the old Xserve is already very cheap, with similar performance and price to the contemporaneous Dell PowerEdge R610. Unlike the 2009 Mac Pro, which for some reason still costs a lot now. For this reason as a Mac homelab or for desktop use, the last generation Xserve can be considered a good choice. The following are the main specs of the last Xserve.

Here are some concerns when using Xserve in home settings:

This article is about fan noise only.

As with most 1U servers, the Xserve's fan noise is noticeable: there are 14 small fans inside the Xserve, and the default speed settings range from 6,000 RPM to 18,000 RPM. Half a meter away from the server at the lowest speed setting, the noise level is approximately 52dB. This is not excessive and is not particularly noisy in a server. But it's still an annoying level to keep in one's home, especially if it's in the bedroom.

Here are some options for modifying Xserve's fans, including the advantages and disadvantages I can foresee.

Xserve's SMC detects an abnormal fan speed and sets all fans to run at full speed. If deceleration is required in this way, the maximum speed of all fans must be reduced below 6,000 RPM to achieve reasonable noise level. But then the overall cooling capacity will not be able to cope with the heat generated under high load conditions.

Kind of straight forward to implement. Would work on all kinds of 3/4 pin fans.

The Xserve's SMC can still detect fan speed anomalies and run all the fans at full speed. There are 14 fans inside the Xserve, all using proprietary interfaces. It is kind to tedious to cut and rewire all 14 fans with custom made hijack board. It is not clear if there is an existing solution, or you may need to design your own board.

Only several wires for I2C connection is required. The SMC will not detect abnormal rotation speed. Ordinary microcontroller development board can be used. It can self-adapt the speed, drop low noise at low load, and ensure heat dissipation at high load.

MCU firmaware development may be cumbersome. The final solution is only applicable to Xserve and is not generalizable.

I will go with this solution.

The hardware is straightforward using a cheap Longan Nano development board with a GD32VF103CB RISC-V microcontroller with a small 160x80 resolution IPS screen on board. The screen will be used to display RPM counts.

The Xserve's fan module to motherboard interface is a 12-pin connector with some pins defined as follows.

Where A and B represent two different I2C/SMBus 1.x busses, respectively. The devices on the A bus are.

Among the devices on the B-bus are.

To perform a man-in-the-middle attack, you need to start with the two I2C buses and intercept the messages of the 0x50 - 0x53 devices.

My connections here are.

To implement, maintain a state machine, enter different states according to the state of SCL and SDA, output different signals, and call upper-level device simulation functions to read or write data when needed. You can refer to the code.

The fan controller itself has a lot of features, but the BMC doesn't use any of these advanced features; the BMC just sets the fan controller to manual mode and then sets the RPM. the main job of the analog controller is to emulate the register read/write interface, including functions such as batch read/write, and there's not much else worth noting. Other than that there isn't much of note. 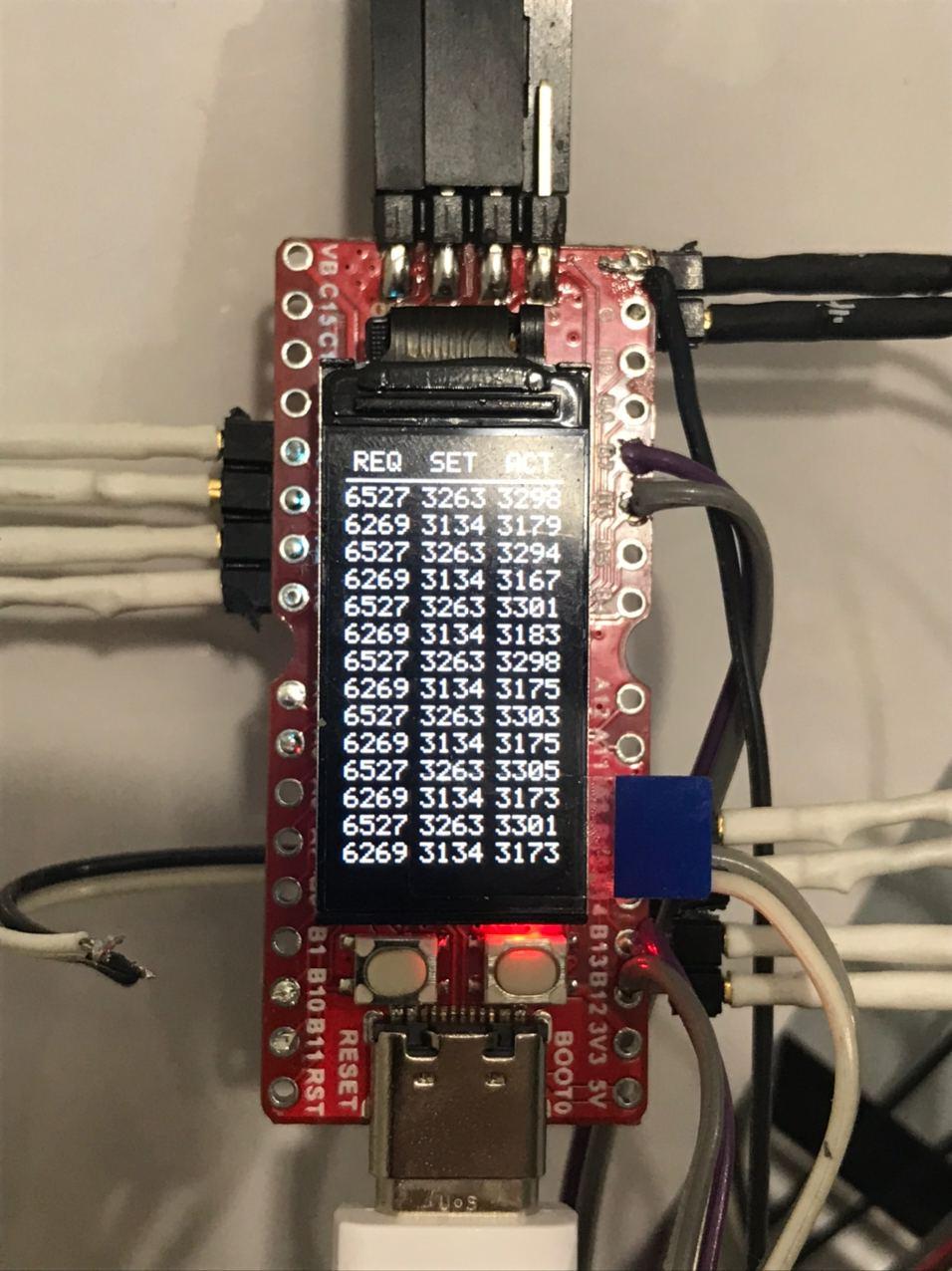 This is a very minor point indeed. Considering that the unit is housed in a case, the screen is invisible most of the time. The UI is relatively straightforward, with three columns of data, the speed requested by the SMC, the speed set by the fan, and the actual speed of the fan. There are 14 rows for each of the 14 fans. 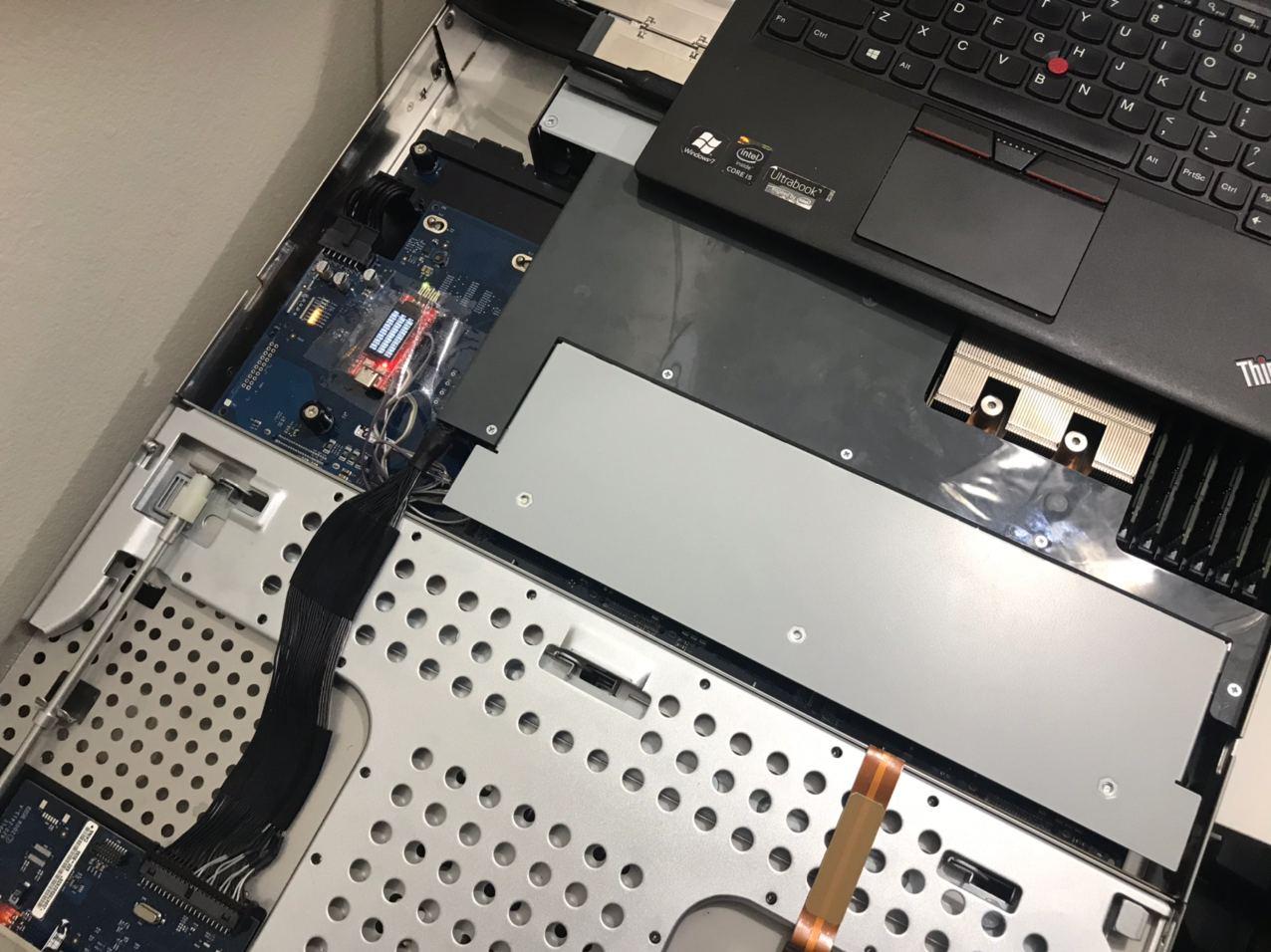 The installation was completed as shown. The noise level is 48dB after powering on in a room with an ambient noise level of about 36dB, noting that the main noise at this point comes from the small fan on the power supply, and this mod did not involve the power supply fan. This will be the next mod target if necessary.

The highest performing processor in the 5500 series is the W5590, 4C8T 3.33GHz. Xserve uses processors without IHS (metal top lid), but it is possible to install processors with IHS, or you can choose to delid the processor as well.

Xserve supports the use of one MXM-A graphics card. I recommend upgrading to an MXM-A card like AMD Radeon Pro WX4150, AMD Radeon RX560, etc. for Metal support. Please refer to the iMac 2011 Graphics Upgrade post to flash the modified version of VBIOS to enable native display boot screen.